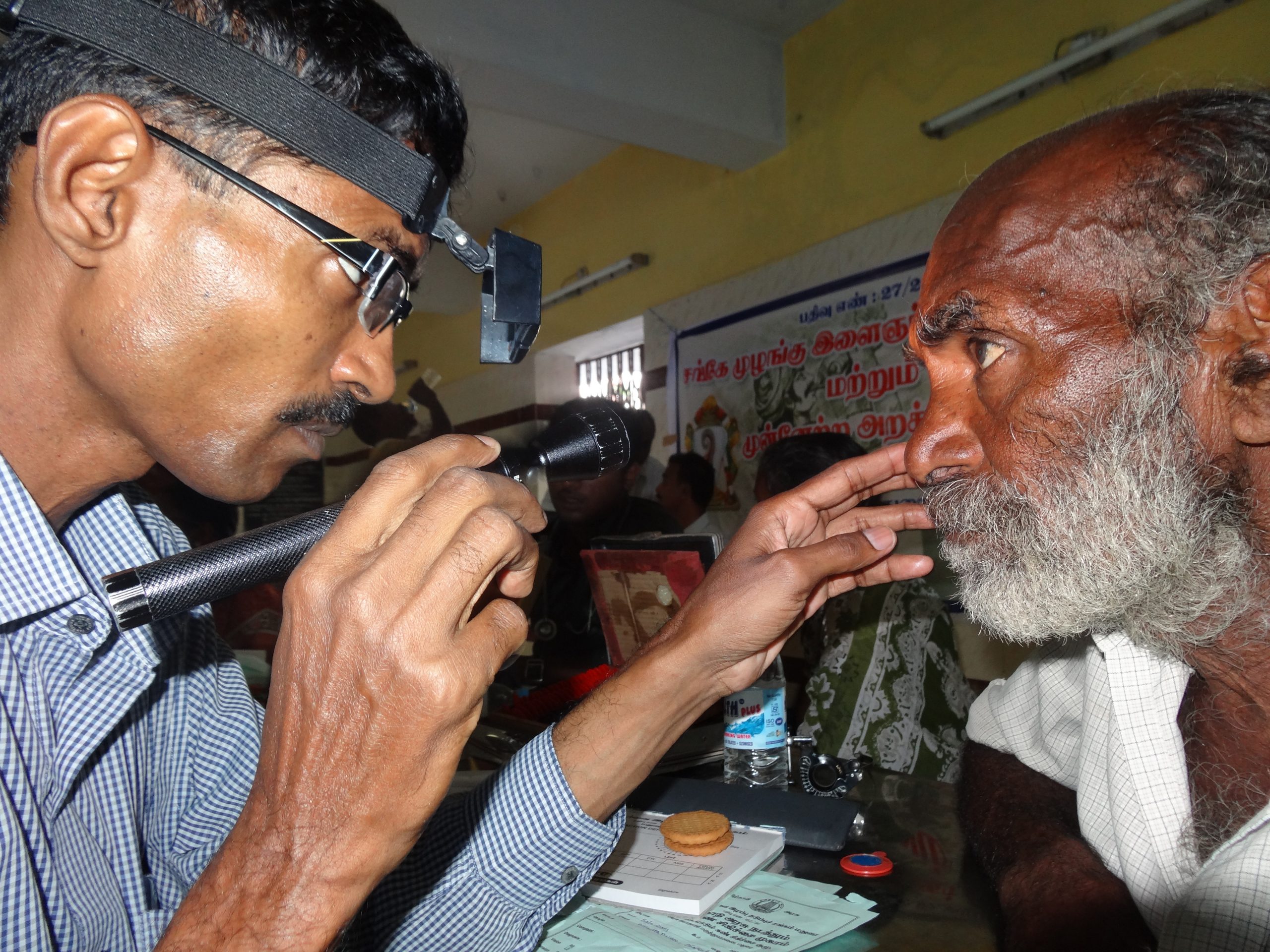 Ocular surface squamous neoplasia (OSSN) is a unilateral tumour of the eyeball arising at the junction of the cornea and conjunctiva. Later it invades the eye, orbit and brain. The HIV pandemic increased its incidence affecting mainly young adults in Africa.

OSSN presents challenging problems. The clinical appearance in Africa is different from temperate climates, yet there is limited published information on this. Diagnosis relies on clinical impressions, the reliability of which is untested. Risk factors and pathophysiology are also unclear. Treatments globally have little trial evidence to support them and recurrence is an issue. Furthermore, surgery for orbital tumours leaves an unsightly appearance and effect of post-operative radiotherapy is unclear.

At ICEH we have conducted three systematic reviews on the epidemiology of OSSN in Africa, its pathophysiology, and updated a Cochrane systematic review on treatment. An integrated set of studies were conducted in Kenya: (i) describing the clinical presentation of OSSN and similarly appearing suspicious lesions, (ii) evaluating topical toluidine-blue dye as a point-of-care diagnostic test, (iii) developing a clinical diagnostic algorithm (iv) a large case-control study of risk factors using disease-free controls unlike previous studies that had patients with non-OSSN tumours as controls, (iv) investigating delay through the care-seeking journey that patients followed through the health system, and (v) a randomized controlled trial to see if adjuvant 5Fluorouracil eyedrops given after surgery reduce recurrence.

We learned that OSSN resembles benign lesions making the clinical impression unreliable. Therefore, suspicious lesions should be excised and sent for histopathology. Most OSSN patients (75%) live with HIV and two thirds are women. A positive toluidine blue test may not confirm OSSN in suspicious lesions, but a negative test result is good for ruling out the disease. Wearing hats outdoors was protective against OSSN. Referral beyond the first health facility attended introduced delay and women more than men. 5FU reduced 1-year recurrence from 36.2% to 10.6%.

We are preparing a 3-year follow-up report on the 5FU trial. Further work is needed on preventive interventions and messages, reducing delay through health education in HIV care centers, and provision of 5FU drops.

Clinical Presentation and Diagnosis of OSSN in Kenya

This project looked at the epidemiology, aetiology, pathophysiology, diagnosis and treatment of OSSN in East Africa.