Vision impairment and blindness has global economic impact of $411 billion in lost productivity per year
Study finds reduction in employment by people living with vision loss is 30.2%
by Hugh Bassett |
April 29, 2021 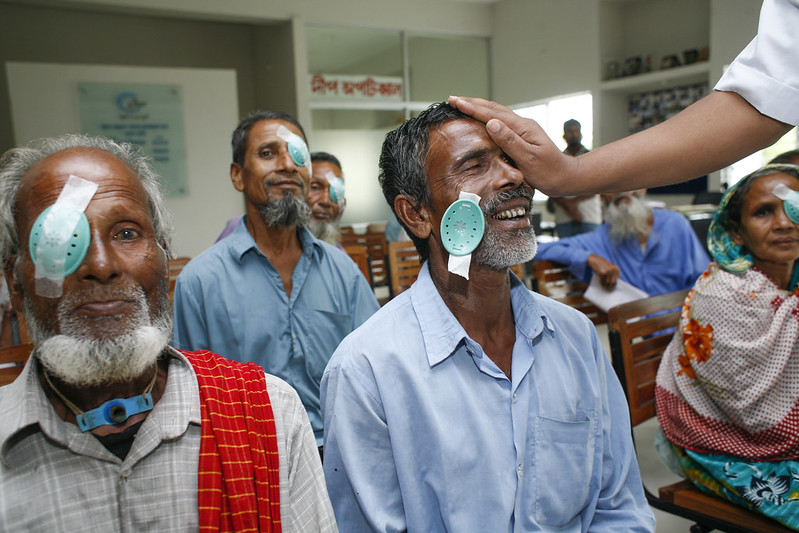 A new study has revealed the scale of the economic impact for vision loss globally. The research, authored by members of ICEH as part of the Lancet Global Health Commission on Global Eye Health, modelled the annual cost of potential productivity losses associated with reduced employment due to unaddressed blindness and moderate-to-severe vision impairment (MSVI) regionally and globally.

By combining new prevalence data with updated employment gap and economic data, the researchers found that 160.7 million people living with MSVI or blindness were within working age (15-64 years) and estimated that the overall relative reduction in employment by people with vision loss was 30.2%. Looking at GDP, they estimated the annual cost of potential productivity losses in 2018 to be $410.7 billion (US Dollar purchasing power parity).

Productivity losses vary between regions: East Asia (comprised of China and North Korea) was the region with the highest productivity loss estimates ($90.4 billion ppp) and Oceania the lowest ($0.2 billion ppp). The losses as percentage of GDP were also highly variable, with losses due to MSVI and blindness in South Asia represented 0.6% of the GDP in 2018 in this region, more than twice the impact found in North America (0.2% GDP).

Employment is an important determinant of economic development, social inclusion and well-being for individuals, households, communities and nations. It supports financial independence, poverty reduction, physical and psychological health and quality of life. The recent Lancet Global Health Commission on Global Eye Health revealed that there are existing, cost-effective interventions for more than 90% of people living with impaired vision. The authors therefore argue that increasing access to treatment for these and other conditions should be a global priority to increase workforce participation and productivity gains.

Inequities in access to vision rehabilitation care and workplace adaptation will also have an impact on the ability for people living with vision conditions to attain a fuller quality of life and remain in the labour market. Through the assurance of fair employment and decent working conditions of people with vision loss, governments and the private sector can help eradicate poverty, alleviate social inequities, improve health, improve well-being, and increase economic productivity.